This year marks the 200th anniversary of the death of Jane Austen, a single woman who knew a lot about semantics. 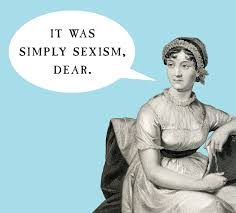 In her day, Jane Austen would have been described as a Spinster (gasp!) or worse, Old Maid (smelling salts!). In recent times, her unfortunate marital status may have been softened to Unclaimed Treasure.

Despite this, it cannot be denied the woman knew quite a lot about love.

“It is a truth universally acknowledged, that a single man in possession of a good fortune, must be in want of a wife”

In 1813, when Pride and Prejudice was first published, universal truths tended to be more straightforward than they are today.

Men and women were either married, unmarried or widowed, (unless they were a) men and b) rich enough to fund the individual act of parliament that would free them up.) There was no Divorce Act in England until 1857 (a far-from-easy solution and again weighted in men’s favour). Australia followed shortly after. Life was so much simpler when husbands and wives were bound to each other – for better or worse – for life.

Since 1975, Australia’s no-fault divorce laws have eased the passage of a person’s status from married to unmarried. However, there is no equivalent terminology for people in de facto relationships, who enjoy the same legal status as married couples. Or for ex-spouses who have come to a financial settlement but haven’t bothered to divorce.

My first date – after 27 years of marriage and two years of happy single-hood – was my introduction to that minefield. Here’s an excerpt from my short but compelling dating diary. Enjoy!

We make a date for Thursday evening. I say we should start with a coffee and he suggests a meal. I explain the state of my nerves and that anything solid is likely to make an inconvenient reappearance. He suggests the biggest shopping centre in the southern hemisphere as a meeting place. Four days before Christmas? I think not. We settle on a table at a tapas bar at 6pm with an expiry time of 7.30pm. Suits me fine.

I arrive on time. He is running 10 minutes late. The choice of venue is good, although a bit loud for my date who has hearing damage as a result of his misspent youth managing rock bands. We have a coffee and get on like a house on fire. At 7.30 we are offered an outside table so we order wine. I manage to eat two slices of pizza without hurling. He gives me his cashmere jumper to fend off the evening chill. Things are looking good. At 9pm we go back inside for a coffee and at approximately 9.18pm, I mention I am separated not yet divorced. And the party is over. He doesn’t go out with ‘married women’. I hand him back his stupid jumper and cry down the phone to my best friend on the way home.

How is the newly single woman to describe herself?

Single clearly wasn’t sufficient in my case. Undivorced? Sounds too much like Undead, another splinter group no one really wants to belong to. Your suggestions, Dear Reader, would be gratefully received.

While waiting for a suitable descriptor to solve my dilemma, I turn once more to the author of Pride and Prejudice for inspiration.

Oh, Lizzy! do anything rather than marry without affection.

Only, in this post Divorce Act world, I take the liberty of a slight edit…

Oh, Lizzy! do anything rather than [stay] marr[y]ied without affection.

With apologies to Jane Austen.

2 thoughts on “The semantics of being single: Marital status”

This site uses Akismet to reduce spam. Learn how your comment data is processed.